White Paper: Improvements To The Mixing Step Can Lead To Big Rewards 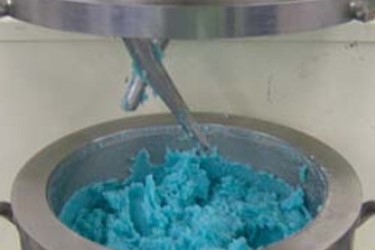 As seen in The Pharmaceutical Solutions Update, 2008 Fall Edition

Mixing is one of the most ubiquitous unit operations in the processing world. Often, improvements specific to the mixing step lead to overall big rewards that translate well in the balance sheet. The usual challenges include maintaining batch-to-batch uniformity and optimizing blend times, but they also could be as simple as improving cleanliness — which is equally important.

Below are some ways to lessen the mess and reduce health hazards in your mixing environment, categorized by applications.

A semi-continuous process is beneficial to maintaining a clean and streamlined batch mixing operation without compromising the level of control over discrete units of production. The semi-continuous mixing procedure is achieved by utilizing a change-can design mixer. With multiple vessels, one mix could be at the loading stage, another under the mixer, another at the discharge step, and yet another at the cleanup stage. The change-can design is available for most mixing systems up to 750 gallon capacities or larger.