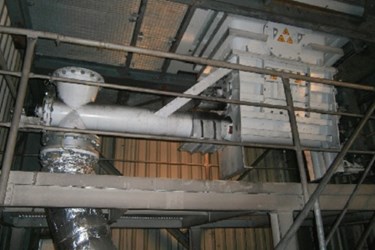 Without concrete, our modern life is not conceivable. It is a versatile construction material – on land, on water, and when necessary even at dizzying heights. The base material cement is a decisive factor in the use of concrete, for example for roads, bridges, tunnels and towers – the construction material concrete has many potential applications and guarantees that construction components and structures are highly durable. To continue its success, a cement plant turned to modern weighing technology for its production processes.

A large cement plant in Paderborn has a long tradition. Founded in 1926 as the Atlas plant, just three years later it became the largest cement plant in the region with eight shaft kilns and a daily clinker production of 800 tons. Under the ownership of Anneliese AG at the time, it was continuously expanded and later fundamentally modernized. Since 2005, it has been part of HeidelbergCement AG.

The Task: Higher Quality From The Raw Material To The Cement
The Paderborn plant extracts approximately 80- to 100-million- year-old lime marl from a directly adjacent quarry as the raw material for cement production. This is crushed down to gravel size in crushing plants and then transported on conveyor belts to silos. When the material is discharged from the silos, the layers are thoroughly mixed by the action of the discharge scrapers. The crushed stone is then dried and ground in so-called raw mills with addition of aggregates such as limestone or sandy and clayey materials. The further homogenization of the resulting raw meal through intermediate storage in the homogenizing silos assures consistent high quality of the raw mixture for the subsequent combustion process in the rotary kilns.